In total 52 CEOs and Chairman of Europe’s leading industrial companies replied to the survey. (i.e. a response rate of 96%) 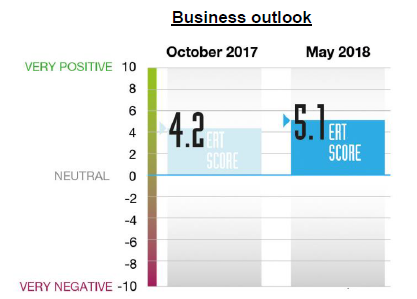 In the light of the recent US tax reform, ERT Members were asked how European tax legislators should react to preserve European companies’ competitiveness. Some 52% said the priority should be on bringing down effective tax rates in Europe. 37% favour targeted tax incentives for investments; a clear message that tax systems in Europe need to be modernised. 37% support international tax harmonisation at OECD level.

The survey was conducted by the Centre for European Economic Research (ZEW).