These results show that Europe’s major industrial employers are generally optimistic about the economy although sentiment is clearly less optimistic than it was a year ago. We want to see the new European Commission focus urgently on the opportunities presented by new technologies, such as 5G. As we set out in our recent report ‘Strengthening Europe’s Place in the World’, we need the right policies to ensure our economies can take advantage of innovative technologies, our companies lead the world in their application and our citizens experience the benefits.

As European leaders prepare to discuss the composition of the new Commission at this week’s European Council, a survey of Europe’s largest employers indicates that industrial leaders urgently call for more support for the development of new technologies.

The findings are underpinned by  a European Commission-supported study which forecasts the creation of 2.3 million jobs in Europe by 2025, both directly and indirectly, because of 5G connectivity [1]European Commission, (30 September 2016) ‘5G deployment could bring millions of jobs and billions of euros benefits, study finds’..

Also high on the list of priorities are tackling climate change and ensuring global trade rules are enforced fairly.

These results come as part of the latest Economic Confidence Survey, commissioned by the European Round Table of Industrialists (ERT), which surveys its members twice a year on their views of the European economy.

Coming ahead of the crucial European Council where heads of Government will discuss both institutional appointments and the strategic agenda of the EU over the coming years, the findings give a snapshot of what many of the EU’s largest employers believe to be the most pressing issues they face.

The survey results further reinforce the EU policy priorities and pledges ERT members committed to in a landmark position paper, Strengthening Europe’s Place in the World, published last month. ERT Member companies committed to invest even more in Europe if the regulatory and financial environment is improved with measures that support the competitiveness of industries.

What should be the European Commission’s top priority? (Ranked by importance) 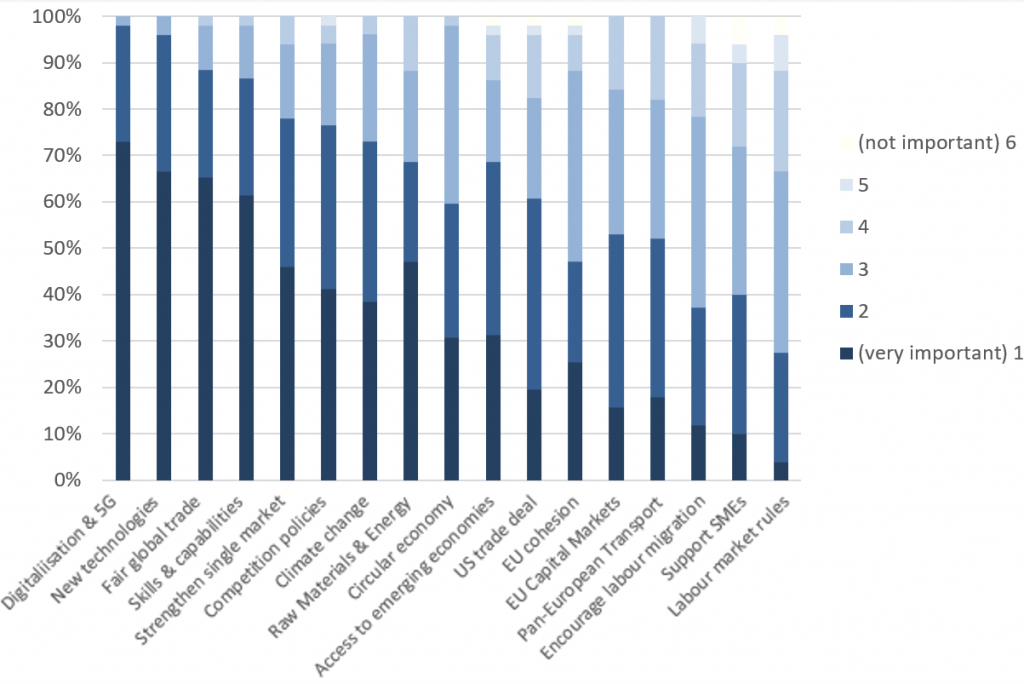 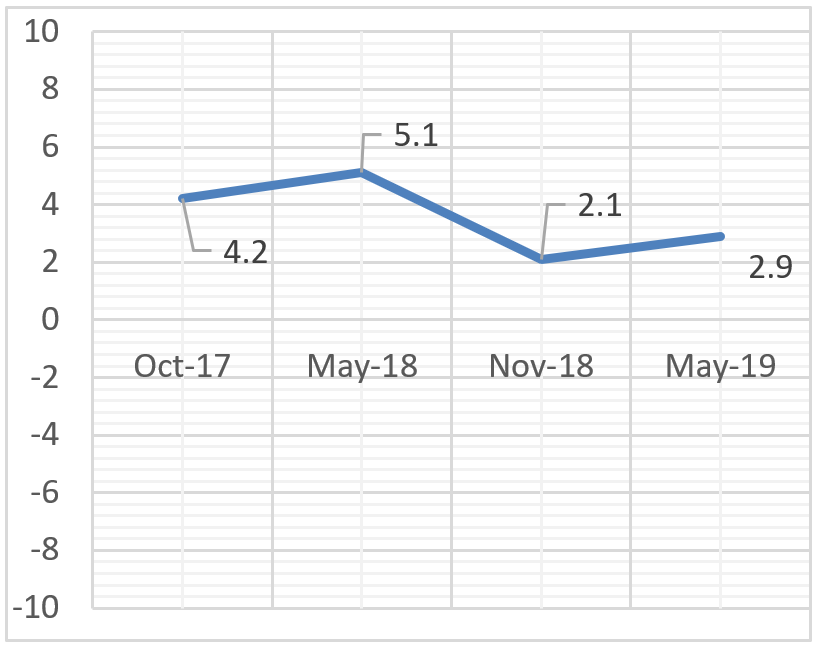 The survey shows that the overall business outlook has improved, following a drop in the second half of 2018. The business leaders surveyed expect moderate increases in both sales and investment, though with both growing faster outside Europe than inside.

In total, 52 CEOs and Chairman of Europe’s leading industrial companies replied to the survey.

The survey was conducted by the Centre for European Economic Research (ZEW).

Download the full results of the spring 2019 survey and a detailed analytical report prepared by ZEW via the “Download” button .

Open Letter – Supporting innovation and technology should be top priority of new European Commission – By Martin Brudermüller, Chair of the ERT Competitiveness & Innovation Working Group and Chief Executive of BASF.