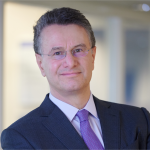 COP25 is currently taking place in Madrid. The US has started the process of formally withdrawing from the Paris Agreement, against a backdrop of mounting evidence of the impact of climate change and growing acknowledgement from many countries that long-term carbon neutrality is the way forward. Europe is at the vanguard of the Paris Agreements’ ambitions and the new European Commission’s soon-to-be-revealed Green Deal will set the tone, pace and real-world application for what follows.

We, as 55 CEOs in the European Round Table for Industry (ERT) – from many different industrial sectors, directly providing jobs to over 5 million people and indirectly to many millions more – consider that the Green Deal could be a significant opportunity for Europe, albeit one with potentially significant side effects that need to be managed carefully. If well designed, the Green Deal can be a fundamental part of Europe’s future strategy towards a more sustainable, but also prosperous society.

In particular, we support Europe’s ambition to become long-term climate-neutral. The challenge is not whether, but how to achieve neutrality in a way that enhances European leadership and competitiveness, and encourages the other 90% of the world (in terms of global emissions) to take similarly bold actions.

There are various trajectories towards those goals. The subject is complex, technically demanding and increasingly emotive. Properly framing both the challenge and the solutions is crucial.

As European companies with global operations, we believe that the overarching climate policy objective needs to be balanced by an ambitious industrial policy to safeguard the global competitiveness of European industry and an equally ambitious energy policy to ensure long-term energy security and affordability. European industry is part of the solution and, in the right framework, can contribute within and outside Europe towards the mitigation of climate change.

So how do we get there? To be meaningful and effective, industrial policy should address the need to stimulate innovation and unleash investment (including for decarbonisation) much more heavily than has been the case up to now. At the same time, it should ensure a global level playing field for companies competing in Europe, while taking a value-chain approach, and not just focusing on emissions of production. In this context, ERT welcomes opening the discussion on relevant mechanisms that would be pragmatic and WTO-compliant and in their implementation, as well as extending their scope to areas not addressed by current instruments.

In addition, an effective energy policy should push harder for the implementation of the Energy Union in the EU Member States, while pursuing reduction in energy consumption, ensuring availability of affordable low carbon energy and providing a stable framework and clear signals for investment. In our view, getting the incentives and sequencing right would be an important input to the debate on the targets up to 2030.

The American essayist H.L. Mencken has said: “For every complex problem there is an answer that is clear, simple and wrong.”  Let us therefore work on complex, but effective answers. Alignment between government, business and society is a prerequisite to making genuine progress – a key pillar to transforming an ambitious long-term vision into reality. We need open, detailed conversations as soon as possible. Issues of national implementation, change management, and fair division of the cost burden of transition need to be explicitly addressed.

The climate imperative demands robust action. We are more than ready to play our part.

The European Round Table for Industry (ERT) includes CEOs and Chairs from around 55 of Europe’s largest companies in the industrial and technological sector.

In the last two years, the momentum for the deployment of hydrogen (H2) worldwide has accelerated in an unprecedented manner. Globally, close to 700 projects have been announced, and $250...
View Document

European markets for gas and electricity were successfully established in the last 20 years and have generated clear benefits for European consumers and industries. However, these markets have come under...
View Document